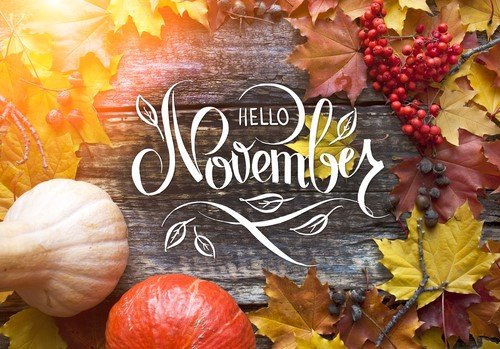 If your family goes in a different direction on the big day, you’re not alone. According to the National Turkey Federation, 88% of Americans chow down on Thanksgiving turkey (see these turkey serving guidelines). The rest may be vegetarian or vegan, or just taking a stand against a protein that, let’s face it, doesn’t show up much the rest of the year for a reason.

President George H.W. Bush pardoned the first turkey in 1989 after he noticed the 50-pound bird at his official Thanksgiving proclamation looked a little nervous. Every president has upheld the tradition, ever since. But what happens to that lucky bird that lives to squawk another day? In 2005 and 2009, the turkeys went to Disneyland and Walt Disney World parks to serve as grand marshals in their annual Thanksgiving parades. And from 2010 to 2013, they vacationed at Washington’s Mount Vernon state. Looks like the birds aren’t wasting their second shot.

Question: How much pumpkin pie do Americans eat every Thanksgiving?
Answer: An estimated 50 million pumpkin pies are devoured every November.

Some of us consider pumpkin pie a vehicle for whipped topping and could take it or leave it. If you’d also rather leave your pumpkins for Halloween and dig into another Thanksgiving dessert, you’re not alone. According to The American Pie Council, more Americans prefer apple pie overall — pumpkin pie only comes in second place.

Thanksgiving and football go together like turkey and stuffing.

For some families, though, this year may be more like a turducken, stuffed with American football and the sport the rest of the world knows as football (soccer). The men’s World Cup, which is played every four years for national glory, the Jules Rimet trophy, and millions of dollars in prize money, began on Sunday and will end on December 18.

During the tournament, researchers may track the influence of sentiment on markets. According to Mark Hulbert of MarketWatch, previous research has found that a team’s performance – especially a loss – can have a short but powerful effect on the national mood.

“You would be excused for being skeptical that a soccer tournament has anything to do with the stock market. But you need to understand how disheartened a country’s investors can become after their team loses in the World Cup. A significant body of academic research has found that their dejection has a pronounced impact on the stock market,” reported Hulbert. “…our moods play a powerful role on our investment decisions. We tell ourselves that we base our portfolio decisions solely on sober and rational analysis. As the academic research into the World Cup Effect reminds us, this isn’t always so.”

Investors in the United States were a bit dejected last week. Stronger-than-expected retail sales in October indicated consumer demand remained strong, despite the Federal Reserve’s efforts to slow spending by raising rates. Hawkish commentary from multiple members of the Federal Reserve also affected markets as it suggested the Fed is not ready to pause its inflation fight any time soon, reported Ben Levisohn of Barron’s.

Last week, major U.S. stock indices moved lower, and yields on shorter-term Treasuries moved higher. The yield on a 2-month Treasury bill finished the week at 4.2%, while the yield on the benchmark 10-year Treasury ended the week at 3.8%.

It’s That Time of the Year. In mid-November, people begin to prognosticate and predict, offering their thoughts about what the future may hold. While everyone else is future-gazing, we thought it might be interesting to look at some past predictions and see how they panned out.

Through the end of 2022, we expect there will be predictions about the war in Ukraine, the likelihood of recession, changes in energy supplies, the future of social media, and much more. If you have any questions about how our changing world may affect your financial goals and investment portfolio, please let us know.