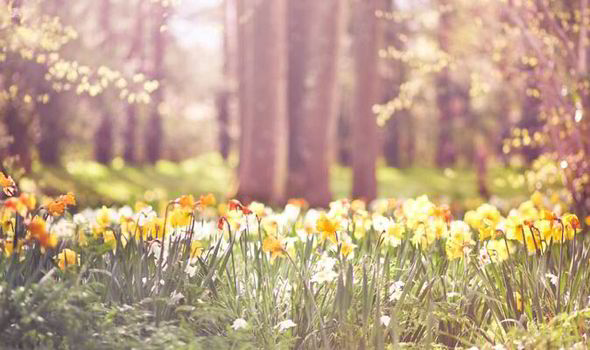 Nearly all of our clients have received their 1099 forms and are well on their way to their favorite annual activity – filing their 1040 and paying Uncle Sam. If you have not received your 1099 form by now please contact our office, we’re happy to help.

Clients will begin receiving their March investment statements soon and, brace yourself, nearly every client will experience a decrease in value. As I write this, the year-to-date performance for the broad market index S&P 500 is negative 12%. Performance for NASDAQ (tech heavy index) has declined over 20%. Most of our clients will not suffer declines anywhere near that but, nevertheless, after a number of years of positive returns it’s shocking to experience a significant pullback. The cause isn’t a mystery – the Ukraine/Russia war is disrupting markets worldwide, the price of oil and other commodities are rising at a time when U.S. inflation is at it’s highest level in decades. Most of us have been investing for many years and have experienced similar disruptions – Black Monday in 1987, tech’s rise in 1998/1999 only to burst in 2000 -2002, financial crisis in 2007 – 2008 and that little bug that caused market chaos in 2020. Each time the market recovers, rises to new highs and life continues. I suspect this time will be no different.

National Pride, after Whitney Hay, 21 of Kansas won the annual Pancake Day Race against a British competitor. The competition, which dates to the 15th century in Britain, requires contestants to carry a pancake in a frying pan and flip it at the start and end of a 415-yard running race.

Teetotalers, after a British study found that drinking two glasses of beer or wine a day for men, and one glass for women, is associated with brain shrinkage equivalent to two years of aging.

It’s a bad week for…

Betting on Football, after the NFL suspended Atlanta Falcons wide receiver Calvin Ridley for the 2022 season for using a smart phone app to bet $1,500 on his team. NFL Commissioner Roger Goodell said Ridley’s bets threatened “the integrity of the game.”

“Shrinkflation”, with consumer advocates reporting that companies are shrinking the amount of toilet paper, cookies, and other packaged products in response to inflation. An 18-pack of Charmin toilet paper now contains 244 two-ply sheets instead of 264- the equivalent of losing about a roll and a half per package! 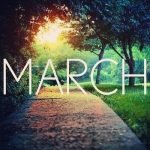 Investor optimism is quite low.

In just two weeks, the war in Ukraine has changed the status of 1.3 million people – approximately the number of people who live in Philadelphia or Phoenix – from citizen to refugee, reported Rachel Pannett and colleagues at The Washington Post.

Investors have been sharply focused on the shorter-term implications of the war, which include slower economic growth and rising inflation as commodity prices soar, supply chains falter and some goods become more scarce, reported Matt Peterson of Barron’s.

The Standard & Poor’s 500 Index and Dow Jones Industrial Average are both in correction territory, down roughly 10 percent from previous highs. The Nasdaq Composite is down 20 percent from its prior peak, putting it in bear market territory, reported Nicholas Jasinski of Barron’s.

“What we have seen so far is an indiscriminate sell-off, particularly of European equities but also globally…Extremely defensive sectors that were not affected by the crisis have been sold heavily,” commented a source cited by Francesca Friday and colleagues at Financial Times.

Last week, though, investors appeared to take a deep breath and begin to reassess.

Major indices in the United States and Europe fell early in the week before reversing course. By the end of the week, stock indices in London, Frankfort, Paris and Milan had regained lost ground. However, U.S. indices finished the week lower after inflation numbers for February were released and talks between Ukraine and Russia failed to produce results.

Inflation in the U.S. rose 0.5 percent in February, excluding energy and food. That was a slower increase than the U.S. saw in December or January. However, with food and energy, which have risen sharply due to the war, inflation was up 0.8 percent and that was higher than December and January numbers. Overall, excluding energy and food, consumer prices were up 6.4 percent over the last 12 months.

The Federal Reserve is expected to raise interest rates this week as it tightens monetary policy to lower inflation.

During the last two years, the world has experienced enormous change. The COVID-19 pandemic led to rapid growth of e-commerce, a new work order (emphasizing work-from-home), innovation in cell and gene therapies (vaccines), and a rethinking of global supply chains. Some of these changes created opportunities for investors. Now, the war in Europe is layering on a new set of changes that have implications for defense, cybersecurity, energy and, possibly, other sectors of the market.

It can be difficult to remember during periods of upheaval but change often is accompanied by opportunity.

Where Are Women Treated Like Men? Each year, The Economist’s Glass Ceiling Index (GCI) evaluates 10 metrics to determine “where women have the best…chances of equal treatment at work.” In 2021, the answer was Sweden, Finland, Iceland and Norway. The United States dropped two spots last year, ranking 20th of the 28 countries in the Index.

The U.S. was above average for:

The U.S. was below average for:

A recent report from Citigroup estimated that, “Achieving gender parity in business growth could increase global [economic growth] by up to $1.6 – $2.3 trillion, or around 2-3% of global GDP,” and create millions of jobs.
Best regards,
John Klevens, CFP®