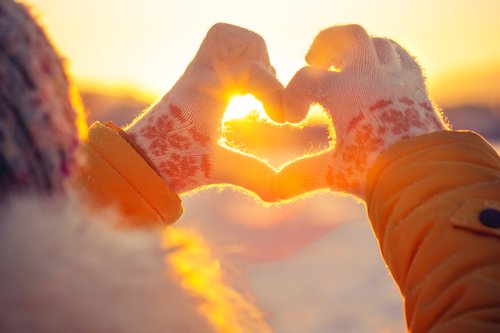 Please watch for your tax forms to arrive in the next few weeks. Most of our clients have opted to receive tax statements by mail and Schwab has indicated their initial mailing will be early February. They anticipate a second 1099 mailing mid to late February with updated/revised figures. Please don’t file your taxes until you’re confident that your 1099 forms are complete. And, remember, most of our clients will have two sets of 1099 forms this year – one from Pershing and one from Schwab. If you have any doubt as to the completeness of your 1099 please don’t hesitate to contact our office, we’re here to help.

The Earliest Investing Book Dates From 1688!
The earliest investing book published in the world is called “Principles of Trade”. A trader named Nicholas Barbon wrote it back in 1688, making him a first in the sector to put together an investment guide.

“I am very proud of my mom and consider her the most courageous woman I know. With perseverance, sacrifice, and hard work, she raised a family of Olympic athletes and gave us the tools and the spirit to succeed. That is something that my brothers and I will always be thankful for.”
—Diana López, Olympic medalist

A rosy view through the rearview mirror.

To say that economists did not have great expectations for the January employment report might be understating their position. It was widely believed that the spread of the COVID-19 Omicron variant would translate into a dismal jobs report. It didn’t.

“After some estimates called for U.S. payrolls to decline by as much as 400,000, the labor market shockingly added that many jobs in January – and then some,” reported Olivia Rockeman of Bloomberg.

The United States added 467,000 jobs in January, and the numbers for November and December were adjusted upward, too, by more than 700,000, reported the Bureau of Labor Statistics.

The U.S. unemployment rate ticked up to 4.0 percent as labor force participation rate – the number of people working or actively looking for jobs increased. The change in participation reflected updated population estimates in the household survey based on U.S. Census data that boosted the population of 35- to 64-year-olds and reduced the number of people age 65 and older.

Signs of the economy’s strength during the fourth quarter also showed in company earnings reports. Earnings reflect a company’s profitability. With 56 percent of the companies in the Standard & Poor’s 500 Index reporting fourth quarter earnings so far, “The index is reporting earnings growth of more than 25% for the fourth straight quarter [of 2021] and earnings growth of more than 45% for the full year,” reported John Butters of FactSet.

The jobs and earnings reports paint a picture of robust economic growth in the United States, despite supply chain issues and pandemic variants. Robust economic growth often is accompanied by rising demand for goods and that can push inflation higher, reported Investopedia. In 2021, U.S. inflation rose 7 percent, which is well above the 2 percent target set by the Federal Reserve (Fed), reported Christopher Rugaber of AP News.

The dollars and cents of the Olympic games. Last week, China won the first gold medal of the Beijing Games with a victory in the mixed short track speedskating relay, beating the Italian team by half a skate blade. The U.S. women’s hockey team outscored Finland, Russia and Switzerland, and a 21-year-old Swede took home gold in men’s moguls.

In many countries, athletes who take home a medal in the winter Olympics receive financial bonuses and other rewards, reported The Economist and Brett Knight of Forbes. For example,

The rewards for Olympic medal winners are reasonably clear. However, the rewards for cities that host Olympic games are less so. James McBride and Melissa Manno of the Council on Foreign Relations reported:

“A growing number of economists argue that the benefits of hosting the games are at best exaggerated and at worst nonexistent, leaving many host countries with large debts and maintenance liabilities. Instead, many argue, Olympic committees should reform the bidding and selection process to incentivize realistic budget planning, increase transparency, and promote sustainable investments that serve the public interest.”

Before the Tokyo Olympics, the event cost was estimated at $7 billion. Recent estimates of the actual cost are around $28 billion.