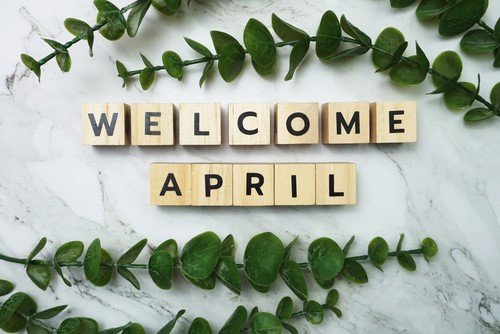 For the last couple of weeks, we’ve referred to our pending client satisfaction survey and last week we finally launched!   Clients received an email titled “A Message from John Klevens” which contained the link to our survey. Please take a few minutes to help us evaluate where we are as a firm, areas of satisfaction as well as potential areas of improvement. Participation is completely anonymous unless you choose otherwise and for every survey returned, we’ll donate to St. Jude’s Hospital. Thank you!

TV Watching Becomes More Common: People ages 65 and older watch the most TV per day of any age group, according to the Bureau of Labor Statistics’ American Time Use Survey released in 2017. According to the survey, seniors spend about four hours per day watching TV, compared to two hours for people ages 15 to 44.

“We are all storytellers. We all live in a network of stories. There isn’t a stronger connection between people than storytelling.”
—Jimmy Neil Smith, founder, International Storytelling Center

Remember a few years ago when people raised money for charity by challenging others to pour buckets of icy water over their heads? Last week, the Federal Reserve poured a bucket of ice water over the United States stock market. Randall W. Forsyth of Barron’s explained:

“In the past week, Fed officials stepped up their rhetorical anti-inflation campaign, with Jerome Powell all but promising a half-point increase in the federal-funds target range at the next Federal Open Market Committee meeting, on May 3-4. And other Fed district presidents raised the possibility of more forceful action, including rate hikes of as much as three-quarters of a percentage point, something the Fed hasn’t done since 1994.”

The Fed’s goal is to slow high inflation, which has been exacerbated by the war in Ukraine and China’s coronavirus lockdowns, without pushing the American economy into a recession. The question is whether the economy is strong enough to continue to grow as the Fed tightens monetary policy – and opinions about that vary.

One participant in Barron’s Big Money Poll, which surveys institutional investors across the U.S., wrote, “It’s not as bad as people think…Yes, interest rates will rise, but earnings will also rise along with that. Profit margins continue to be very high, and employment is strong. It’s growth slowing down, not ending.”

Another participant disagreed, reported Nicholas Jasinski of Barron’s. “[The Fed] should have started the process of raising rates sooner so they could be more patient with the pace of increases…Now, they are going to be overly aggressive trying to play catch-up, and will probably go too far and slow demand down too much.”

Last week, major U.S. stock indices declined, reported William Watts and Barbara Kollmeyer of MarketWatch, and the real yield* for 10-year U.S. Treasuries was briefly in positive territory for the first time since the pandemic began in 2020, reported Jacob Sonenshine of Barron’s.

*When the term “real” is used with interest rates, it means the rate has been adjusted for inflation (the bond yield minus inflation). So, the real return is what investors would have after inflation.

Stock Markets Aren’t The Only Thing That’s Been Volatile. Consumer sentiment has been bouncing around, too. The preliminary results for the April University of Michigan Survey of Consumer Sentiment showed that sentiment jumped 10% from March to April, primarily because consumers are feeling more optimistic about the future.

However, the Consumer Sentiment Index is down 25% from April of last year. It’s a remarkable change when you consider what has happened in the economy over the last 12 months. For example:

More people are working. The unemployment rate was 3.6% in March, down from 6.0%in March of last year, according to the Bureau of Labor Statistics.

Fewer people are filing for unemployment. Last week, we learned the 4-week average of unemployment claims was 177,250, down from 610,000 in 2021, according to the Department of Labor.

The economy continues to grow. The Manufacturing PMI®, which measures growth in the manufacturing sector, was 57.1% in March, the 20th consecutive month of economic expansion. That’s a slower pace of growth than last year’s 64.7%. However, readings above 50% mean the economy is growing.

Wages are higher. Average hourly earnings have risen 5.6%over the last 12 months, according to the March unemployment report. While the increase has not outpaced inflation in all industries, it has in some. The year-over-year growth rate in hourly earnings was 6.5% for retail trades, 6.6% in professional and business services, 7.9% in transportation and warehousing, and 11.8% in leisure and hospitality, reported Andrew Keshner of MarketWatch.

Inflation is higher, too. As we’ve mentioned before, there are a lot of different ways to measure inflation. No matter which way you look at it, inflation is significantly higher than it was last year. The headline Consumer Price Index showed prices were up 8.5% in March, while core inflation (excluding food and energy prices) was 6.5% .

Company earnings are strong. Despite inflation and geopolitical turmoil, companies were profitable during the first quarter of 2022. With 20% of companies in the Standard & Poor’s 500 Index reporting on earnings so far, 79% have reported better-than-expected earnings, reported John Butters of FactSet.

Nobel Prize-winning economist Robert Shiller has written that strong narratives – true or false stories that catch on with the public – influence people’s thinking and decision-making around markets and the economy. The gap between Americans’ perceptions that the economy has performed poorly and is losing jobs and the reality, which is that we’ve experienced a period of strong jobs growth and economic expansion, provide food for thought.

What stories about markets and the economy have resonated with you recently?